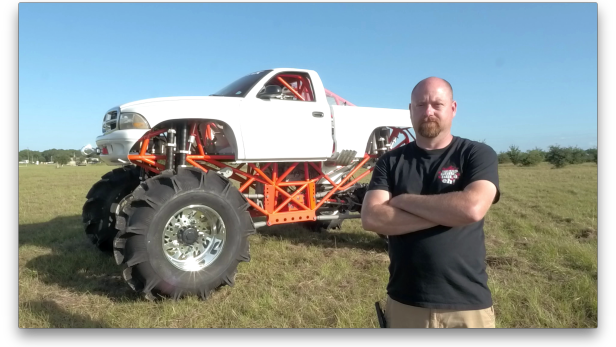 When Randy was a kid,they called him stick boy because he was so skinny. He took that name and built Mudstick, a 2003 Dodge Dakota – a big nasty truck with a lot of horsepower.

He built Mudstick in four months to prove that, “You don’t gotta have a college degree or be some fancy lawyer to build something like this.” Randy is very OCD about Mudstick. He describes working on his truck as a constant battle –everytime he goes out, he wants to be better than the last time. Randy is especially looking forward to a Grudge Match against Ricky Fowler of the Cajun Lonestars, who drives The Hulk.