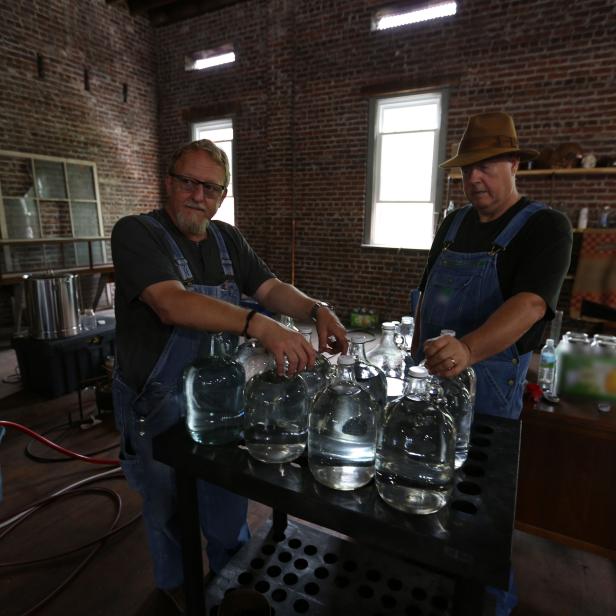 Their heritage is on the line and they’ll do anything to preserve their historic way of life.

With centuries of moonshining heritage on the line, Appalachia’s most daring outlaw distillers head back to the woods to make authentic American spirits and fight for their historic way of life in an all-new season of Discovery Channel’s hit series MOONSHINERS.

Deep in the most remote corners of Appalachia, the challenge of turning raw local ingredients into high-dollar shine — while simultaneously competing with rival shiners and evading law enforcement — has never been more complex. Facing unprecedented demand for real backwoods liquor, the shiners must scale up their secret distilling operations and devise more innovative recipes, making it all the more difficult to practice their age-old craft in the shadows.

For the surviving Moonshiners, ingenuity, loyalty, and tradition will be tested like never before.

Fresh out of jail, Tickle chases the siren call of the backwoods, teaming up with legendary outlaw shiners Henry and Kenny Law to make high-proof, high-dollar liquor. Tickle’s best friend and legal shiner, Tim Smith, finds it hard to resist the allure of their former partnership on the outlaw side. After rediscovering legendary shiner Popcorn Sutton’s multi-grain moonshine, Mark and Digger attempt to reverse-engineer a recipe that was decades ahead of its time. It’s the biggest bet they’ve taken, and one that will put them at odds with a rival shiner. Mike and Daniel face a crossroads after an injury disrupts their massive backwoods build and drives a wedge in their partnership. Josh overcomes a broken back and finds a new partner to help build his most ambitious underground still site yet, carrying on four generations of family tradition in outlaw moonshine. 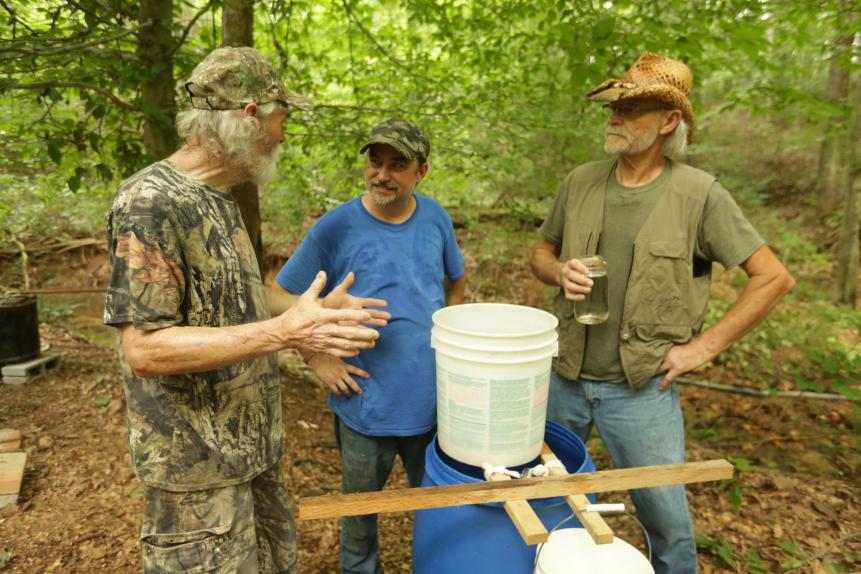 With higher demand and more money comes greater risk, but the everyday antiheroes of MOONSHINERS are determined to keep the code of the backwoods while pushing the envelope of ingenuity to make the finest liquor money can buy. 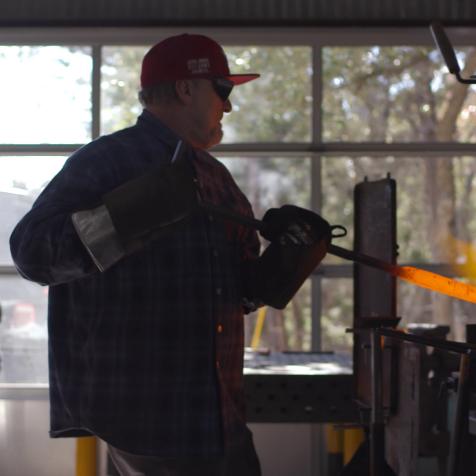 Jesse James is back to create some of most mind-blowing vehicles to ever drive across television screens!