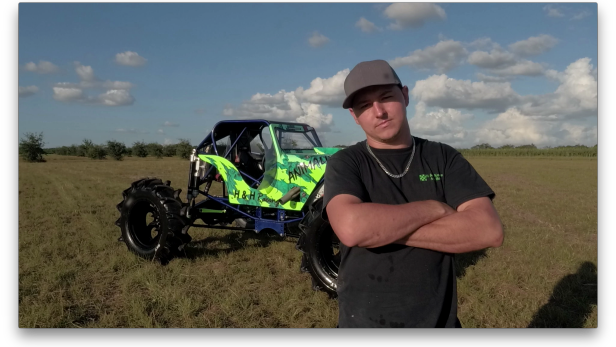 Chris Libak is the rising star of the Central Florida crew – and he’s not afraid to let you know it. He’ll tell anyone who asks that he drives the most dominant truck on the track today – but he’s got the stats to back up the swagger. Libak isn’t here to make friends –he’s here to race.

His 392 small block Chevy is named Animalistic after the guys at his shop – they’re always pulling pranks on each other like animals. Libak’s got people angling to Grudge Match him all over the country –but he’s looking beyond the weekly races, and has got his eyes on the season’s prize: The Belt. He thinks his biggest competition is Scott Sweat from his own crew. Libak grew up watching Sweat as the King of the track, and always looked up to him as a driver until he got behind the wheel himself and started winning more races than his idol.